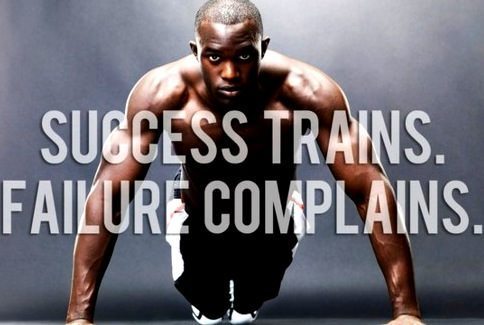 1. Lack of a specific purpose in life : – You can not hope to succeed in any field of your life if you don’t have a central purpose. If you don’t have a definite goal in your life then you will jump from one activity to another with no success. Almost 97% of people think and act this way. That’s why successful people, who have a clear goal in their life, are very few.
2. Lack of education :- Most of the successful people are “self educated” or “self made” as individuals. You can have five college degrees but if you don’t apply this knowledge it’s a waste. What counts is the applied knowledge with a plan of action and not just knowledge.
3. Lack of self discipline :- Discipline means self-control. You must control yourself and decrease your negative habits and qualities. If you don’t conquer yourself, it will conquer you.
4. Procrastination :- It is one of the major causes of failure. These kind of people are waiting for opportunities come to them instead of seeking for the opportunities. They think that some day the time will be right to act. That “right” time never comes.
5. Lack of persistence:- Most people are good starters but they stop in the run when the first obstacles come. Obstacles are a chance to become better. They are ways to use your mind and improve your self. Quitters can not hope to success of any kind.
6. Being negative :- If you are negative then your whole world is negative. Your subconscious mind tells you that you can’t do it. Your subconscious mind commands your conscious self that you “really” can’t do it.
7. No risk at all :- If you are extremely careful and take no risks then you can’t expect to make the difference .There are many opportunities out there for you to grab. Being over cautious limits you to mediocrity and leads you to failure.
8. Wrong selection of associates :- This is very critical. We can not do everything ourselves. The colleagues we work with are a capital for our business. Successful and intelligent partners are one of the keys for our own success.
9. Divide you actions :- This is a typical mistake. Spreading your energy and efforts on multiple causes and not concentrating on one cause. Sooner or later you will realize that you will not succeed to any of them.

10. Lack of honesty :- This is the master key of success. Without honesty your credibility will vanish in no time and you can not hope to expand and of course retain your business. People are not as stupid as you think. They can understand the fake, maybe not immediately but in the long turn run they will go away and spread around the world negative messages about you.

REASONS OF SUCCESS OF PEOPLE

1. They make decisions and take action :- Right or wrong action, they take it. Either way it’s always better than making no decisions and taking no action at all. As Franklin Roosevelt said:
“It is common sense to take a method and try it. If it fails, admit it frankly and try another. But above all, try something.”
2. They do things even when they don´t feel like it :- This is a pretty huge factor. A lot of us back down when we don´t want to do something, even though it may eventually bring us to a wonderful experience or goal. Successful people may not always like doing some of the things they have to do. But they do them anyway. And in the longer run that makes all the difference.
3. They do the most productive thing right now :- Instead of trapping themselves in doing productive but not so important tasks or projects they realise what’s most important and do that. And after they´re done with that they do what´s most important again. Instead of just doing a lot of things, they think and plan before they act and try to focus as much as possible of their thoughts and actions on those few very important things.
4. They do one thing at a time :- Many of them don´t seem to multi-task. Some reasons for avoiding that may be that it creates internal confusion, wastes time and spreads the multi-tasker too thinly. Instead, they do one thing and focus on that until it is done. Then they do the next thing until it is done. Focusing 100% on one task at a time will get it done quicker and better.
5. They have a positive attitude :- A negative attitude can be very damaging and limiting to one´s life. A positive one can open new doors every day. It can open your mind to new ideas and input and create or sustain great relationships. It helps you through the hard times as a successful person often sees an opportunity within what others would merely see as a problem.
6. They have redefined failure :- While a lot of people see failure as a way to rationalizing the feeling of wanting to giving up or as a sign that it´s actually time to do something else successful people tend to see it more as useful feedback. They may not like to fail, but they don´t fear it – or at least they have little fear of it – and they know that if they fail they´ve been there before and they can start over again and succeed. This is of course a very useful belief and keeps successful people going while the rest have already given up.
7. They don´t let fear hold them back :- They overcome fear and slay that dragon whenever they face it. Or they may have defined or redefined reality so that fear is substantially decreased or even gone in some areas of their life.
8. They have found a purpose in life :- They are internally driven rather than externally driven. They do what they have a burning desire to do rather than conforming to what others think they should do. Even if what the others think may be positive and successful stuff. The Michael Jordans, the Edisons and the Stephen Kings have figured out what they want to do in life and are doing it (or did it). The purpose, I think, is largely why they can keep on going and be motivated while others may tire or just go and do something else that they find more purposeful. The successes love their purpose and when they aligned with it then it seems to push them forward with enthusiasm and energy through life.
9. They don´t get distracted :- When others get too caught up in everyday life to do what they really want to do the successes don´t. They can really focus on actually doing what´s important and what needs to be done. Again, this seems to go back to having a purpose and more clear sense of direction in life.
10.They have got awesome communication-skills :- So very much of what we do in life has to do with other people. So it seems quite obvious that to be successful you´ll probably have to have good or great communication-skills (or hire someone that has such skills).