Important characteristics of effective 360 degree feedback include ownership of the data, accountability of the participants, credibility and commitment, communicating expectations, and continuous learning. These characteristics are discussed here in detail.

360 Degree Feedback: Ownership of the data and the accountability of participants 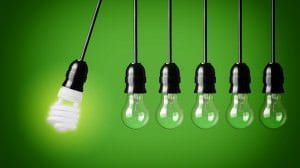 Over the past twenty-five years, we have seen the emergence of a new employment contract between employees and employers. Fewer organizations have paternalistic attitudes toward their employees, and fewer employees demonstrate blind commitment to their employers. A new type of commitment has arisen among employees—a commitment to providing good customer service. An effective 360 degree feedback process will allow the organization to promote this type of commitment by communicating to employees what behaviors are expected, by identifying who the customers are, and by allowing these customers to provide direct feedback to employees.

Effective 360 degree feedback characteristics encourages continuous learning on the part of the participants. Just receiving the feedback does not necessarily make them more effective leaders—the change must come from within. It is important, therefore, first to “unfreeze” the self-view so the participant will be willing to improve or change behaviors. The best way to unfreeze the self-view is to provide the participant with accurate data from multiple perspectives and to encourage openness to accepting the feedback. For 360 degree feedback to be effective in enhancing participants’ self-awareness and challenging them to engage in self-development, it must also be embedded in a larger development process that includes a development plan and organizational support for development.